As Auntie Virginia likes to say, if you do something twice it becomes a tradition. This was our second year of a Mak family reunion/get together down at the lake... so it's now a tradition! Though we were missing a few this time (Conor in Europe, Dayna at a course and Mike passport-less) it was a wonderful weekend!! Everyone made it down on Friday night and we had chilled beer waiting and wine ready to be poured. After lots of visiting, (cousin) Kevin and I were the last ones off to bed.
Saturday was a bit of a cloudy morning, after a late start and lazy few hours, (cousin) Sonja, Maddie, and I headed to town for a pedicure. Then Saturday evening's dinner was prepared by the Hirch family and Auntie Virginia and was delicious. We finished the day off with a big dance party lead by Auntie Clare (the queen of dance parties). This particular party saw almost the whole family requesting songs and staying up to dance and visit until about 2 am, once again Kevin and I being among those left standing

Sunday morning was a bit of rough one for this girl... I made the mistake of committing to an early morning to make pina colada cookie cups for Sunday's dessert. After two hours too long baking in the kitchen I managed to finish and grab a couple hours rest before an afternoon of suntanning. Sunday's dinner was made by the Hargrave family and was delicious as well! And thankfully the cookie cups that nearly killed me were a success. We finished the weekend evenings off with a games night, where once again, you guessed it, Kevin and I were the last ones standing (Maddie also made it this night, Liam was technically there but falling asleep on the couch).
Monday morning we had time for a croquet game, where I emerged victorious. I would just like to mention I was undefeated in lake beer pong, ladder ball and croquet.

Then a few of us finished the weekend off with a boat ride.
Lots of hugs later.. the annual lake family reunion came to an end.

Here's a couple photos of the family on the deck 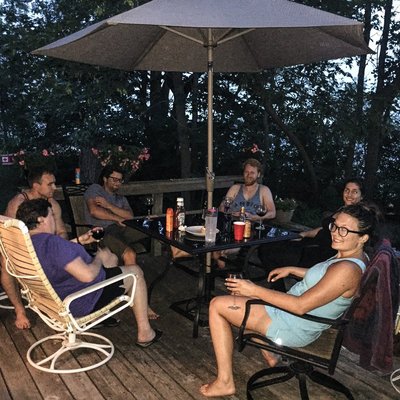 The hammock was a popular spot for both humans and animals. Mom and Cass were frequent fliers 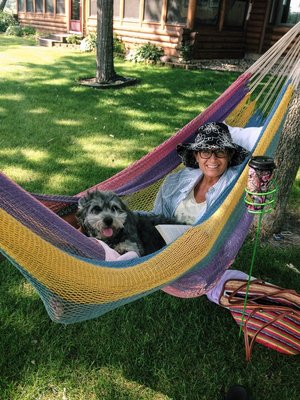 All the wine I chose to buy had a lake theme.. Including this Lakegirl Pontoon Red Wine 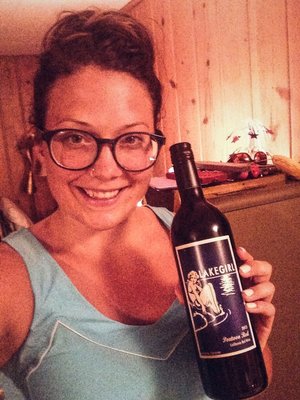 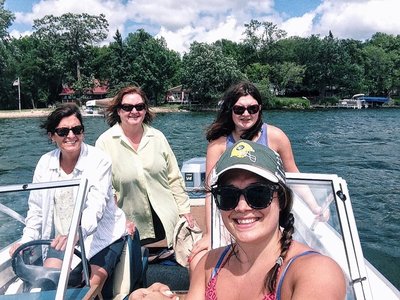 Ending this post off with a couple group shots! 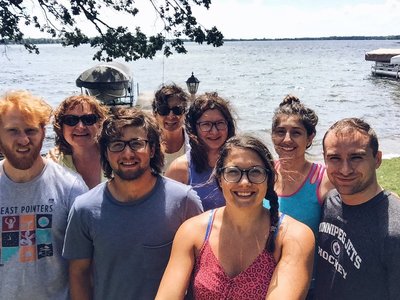 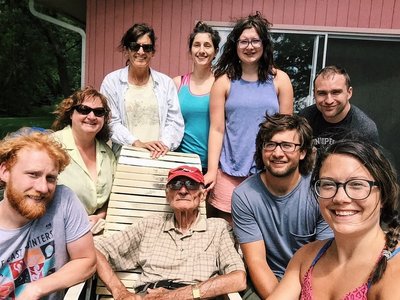